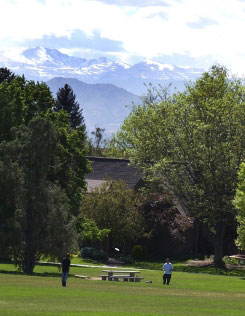 The area’s first settlement, a lone cabin erected in 1859 beside the Cherokee Trail – the heavily traveled route led to Denver along Cherry Creek – has been preserved at Four Mile Historic Park. A treat for the entire family, Four Mile’s traditional Fourth of July is not to be missed.

In 1885, after water from the South Platte arrived via the City Lateral Canal, a branch of the Highline Canal, more people began to settle in Hilltop proper. Winding its way more than 84 miles south and east of Denver, the Highline Canal is now a popular recreation trail frequented by dog owners, joggers, and bicyclists.

Although Hilltop’s earliest subdivisions were annexed by Denver in 1893, the area remained a rural enclave until the 1920s, when the University of Colorado School of Medicine moved to the corner of East Eighth Avenue and Colorado Boulevard and drew numerous professionals to the area. By the 1950s, the neighborhood encompassed more than 700 homes.

English Tudors and classic 50s-style ranches share blocks with multilevel Contemporaries and International-style homes, making the allure of Hilltop nearly irresistible. Hilltop boasts a wealth of parks, period architecture, and manicured yards. Cranmer, Burns, and Robinson Parks lie within the neighborhood, while a half-dozen others including Crestmoor, Pulaski Park and Cherry Creek Bikeway, Mayfair, and Lindsley are just blocks away. 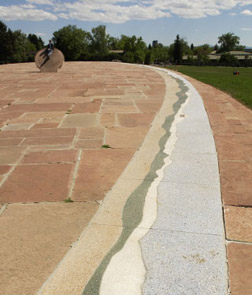 Cranmer Park offers a spectacular panorama of the Front Range Mountains from a flagstone promenade engraved with the names and altitudes of prominent peaks. The park name honors George Cranmer, who oversaw Denver’s parks between 1935 and 1947 and helped establish both Red Rocks Park and Winter Park Ski Area.

Cranmer frequently appeared on horseback to enjoy the often blazing sunsets as many locals still do today (though not in the company of horses). There’s seldom want of a breeze, so kite flying is a popular pastime along with the usual picnicking and sunbathing.

Adjoining the park at its apogee, the Mediterranean-Renaissance Cranmer Mansion (a designated Historic Landmark) designed by the renowned Jules Jacques Benedict, is typical of the magnificent homes, both old and new, that grace much of Hilltop. 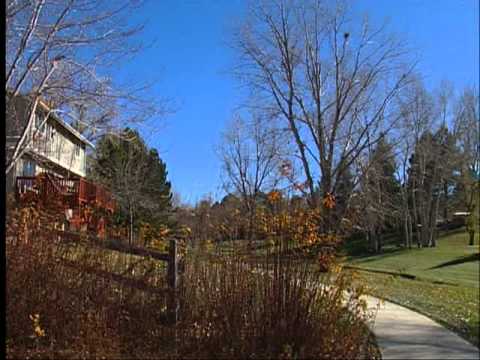